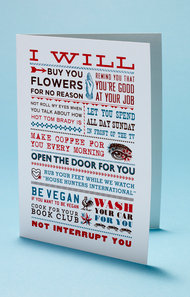 This column appears in the Dec. 11 issue of The New York Times Magazine.

From tribesmen to billionaire philanthropists, the social value of generosity is already well known. But new research suggests it also matters much more intimately than we imagined, even down to our most personal relationships.

Researchers from the University of Virginia’s National Marriage Project recently studied the role of generosity in the marriages of 2,870 men and women. Generosity was defined as “the virtue of giving good things to one’s spouse freely and abundantly” — like simply making them coffee in the morning — and researchers quizzed men and women on how often they behaved generously toward their partners. How often did they express affection? How willing were they to forgive?

The responses went right to the core of their unions. Men and women with the highest scores on the generosity scale were far more likely to report that they were “very happy” in their marriages. The benefits of generosity were particularly pronounced among couples with children. Among the parents who posted above-average scores for marital generosity, about 50 percent reported being “very happy” together. Among those with lower generosity scores, only about 14 percent claimed to be “very happy,” according to the latest “State of Our Unions” report from the National Marriage Project.

While sexual intimacy, commitment and communication are important, the focus on generosity adds a new dimension to our understanding of marital success. Though this conclusion may seem fairly self-evident, it’s not always easy to be generous to a romantic partner. The noted marriage researcher John Gottman has found that successful couples say or do at least five positive things for each negative interaction with their partner — not an easy feat.

“In marriage we are expected to do our fair share when it comes to housework, child care and being faithful, but generosity is going above and beyond the ordinary expectations with small acts of service and making an extra effort to be affectionate,” explains the University of Virginia’s W. Bradford Wilcox, who led the research. “Living that spirit of generosity in a marriage does foster a virtuous cycle that leads to both spouses on average being happier in the marriage.”

Social scientists are now wondering if this virtuous cycle extends to children too. In a study of 3-year-old twins, Israeli researchers have identified a genetic predisposition toward generosity that may be further influenced by a parent’s behavior. Preliminary findings suggest that children with more-engaged parents are more likely to be generous toward others, which may bode well for their future relationships — and their parents’ too.

“We see meaningful differences in parents’ behaviors,” said Ariel Knafo, the principal investigator and a psychologist at Hebrew University in Jerusalem. “In the long run we’d like to be able to see whether it’s children’s generosity that also makes parents more kind or the other way around. Probably it’s both.”

Do you have a generous relationship? Take our quiz to find out.

Top three predictors of a happy marriage among parents:

Portion of 18- to 46-year-olds with below-average sexual satisfaction who are “very happy” in their marriages:

Join the Network Read Our Blog